Over the past month, the world has tuned in to Netflix’s hottest documentary miniseries: The Last Dance. The show tells the story of Chicago Bulls superstar Michael Jordan’s famed career, from his early years to his days of championship glory. Being the basketball-crazy nation that we are, many Filipinos have found time to watch the series while stuck in quarantine. Which reminds us, that for Michael Jordan, Philippines has long been one of the places where his legacy made a huge impact, and continues to burn bright.

A Gift to the World

If Magic Johnson and Larry Bird revived the NBA in the United States, Michael Jordan brought the league to global consciousness. Before the early 2000s Lakers of Shaquille O’Neal and Kobe Bryant dominated their competition, before Yao Ming awakened China’s fervor for hoops, and before a young LeBron James started making ripples that would soon turn into tidal waves – Michael Jordan put the NBA on the world map.

In the mid 80s, across the Pacific Ocean, the Philippines was no stranger to basketball. Awash from a Crispa-Toyota rivalry that enamored fans to the game, Robert Jaworski’s run with Ginebra was just getting started, and so was Michael Jordan’s professional basketball career.

What took time to grow and build for Jordan, the groundwork he laid in Chicago, was simultaneous with the love for basketball Filipinos were developing. It was gradual, beautiful, inevitable. We loved the stars, the drama, the excitement. The game captured our hearts. To be part of it then, going to the packed arenas, to tune in to grainy television screens – it was a moment in time to remember. We had been baptized for a life of love for hoops.

On the heels of a political overhaul, we found ourselves in a fast-changing world. The new decade was filled with hope, as exciting technologies and other developments had us bright-eyed. Alas, as second nature, we looked to entertainment and idols for equal parts inspiration and distraction. And we found one in Michael Jordan, Philippines’ first NBA idol.

What was not to like about Mike? He took the basketball world by storm, annihilating competition in the NBA en route to an unprecedented six championships in eight years. His personal life captivated audiences as well – practically throwing telenovela-loving Filipinos a bone. Ask Pinoys, “Who murdered Michael Jordan’s father?”, and they’ll take you on a stroll down tabloid boulevard. We ate everything up about the guy. We watched Space Jam, bought his shoes, and painted his face on the sides of jeepneys. Sons and pets and tattoos bore his name and red Bulls jersey. Yes, Michael Jordan was phenomenal, but so was Filipino basketball fandom. It was a match made in heaven.

Over two decades after Jordan hung his Bulls jersey for the last time, Filipinos continue to tell his story. Kids on the courts today will tell you about Kobe and LeBron being inspirations. You’ll see big men working on their jumpers, guards imitating James Harden’s moves. But the truth is, it was Jordan who brought the NBA to the level where it is now for places like the Philippines. If not for MJ, no one would care if the NBA was on cable TV or pay-per-view. Our local idols? They’d play differently. The triangle offense? No way it would be as popular. And Kobe Bryant? Who knows how he would’ve played.

When we talk about Michael Jordan, Philippines is not just like any other country out of dozens that took the love for basketball to another level thanks to him. You see, he provided the fuel we needed when we already built the car. We were ready to love basketball in a deep and lasting way, and he helped make sure of that. He showed our players how much better they could and should be. That greater things could be done on the court, and in the biggest of leagues. That greatness can be pushed, higher and higher, to a standard of excellence.

A Lesson and Legacy

Michael Jordan was a lesson we needed to see. Those moments in international competitions, guys like Jimmy Alapag and Jason Castro stepping up to the level of China, Iran, etc. – we would never get there if MJ didn’t exist. Players like Kai Sotto chasing after his NBA dream – these dreams would not be dreamed the same way if not for the tracks His Airness laid for all of us.

And so as sure as the beating of a heart of a newborn child, signifying a life’s work ahead, of beautiful things to come – Jordan dribbled his way into our homes, through our television screens, and fostered our love for the game, and we’re all better for it. Thank you, Mike. 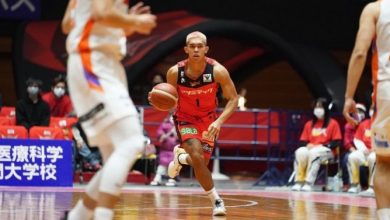 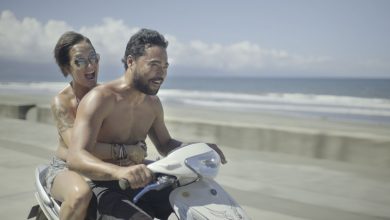