Brawls in basketball are few and far in between. But when they do happen, oh boy…they can get really ugly. Take the most infamous brawl in the National Basketball Association (NBA) for example, the “Malice at the Palace.” It started with a hard foul by Ron Artest on Ben Wallace. Wallace responded with a shove to the face. After the two were separated, a fan threw a plastic cup at Artest. All hell broke loose. Artest charged into the stands and started throwing punches. His teammates, and more fans, joined the fray. The rest is history.

The recent brawl between Gilas Pilipinas and the Australian Men’s National Basketball Team (Boomers) also started similarly. A physical play led to a cheap shot, resulting into a bench-clearing melee. While both camps have since cooled off and await penalties from FIBA, what’s more interesting were the reactions of people. Pundits came out of the woodwork, as you may expect from a basketball-crazy nation. And their opinions of the brawl? Divided, to say the least.

Many had the initial reaction of shock, during and after the brawl. Shock that things escalated that way in a matter of moments. Once the dust settled, however, people turned to social media to express their sentiments. And unlike the Gilas-Boomers game which was a one-sided affair, the reactions of fans, analysts, etc. were arguably split down the middle.

Some believed that the national team players did the right thing. The Australians were playing in our house, after all. And as one comment on Facebook said, “you don’t let a stranger come to your house and bully you.”

While this defensive mindset is common in basketball and sports in general, was this a case of a misplaced sense of nationalism? Because on the other hand, there are many people who believed that the Gilas players (except June Mar Fajardo, Gabe Norwood, and Baser Amer who didn’t participate in the melee) showed lack of composure and discipline. That they forgot they were representing the country in an international basketball competition. That this incident can potentially jeopardize our FIBA hosting in 2023. That what they displayed on the court reflects who we are as a nation. Many were embarrassed, and nationalism was certainly far from what they felt after watching what unfolded.

But before we start crucifying our national team players for what they did, let’s also not forget that Gilas is a brotherhood. These guys train countless hours together, sleep in shared hotel rooms, and all spend time away from their families. They’ve been through wins and losses together. Their bond has been forged with actual blood, sweat, and tears. And when you have that kind of brotherhood, the instinct to protect one another is undeniable.

This is not to absolve them of what they did. Violence has no place in sports, period. It should never be an option. However, in our hurry to persecute those who have done wrong, we tend to forget that they’re only humans who can be overwhelmed by their emotions. The Christians among us call this hating the sin but not the sinner. We can condemn the act and the event that unfolded, but we can also respect the players for standing up for each other, for wanting to protect their own. Let’s from this day forward look at Gilas and see more than a sports team, but a brotherhood.

The Gilas-Boomers brawl was ugly. We wish it never happened. But it did and there’s really no point in crying over spilled milk. What we can do is to take this opportunity to reflect and grow from it. The only way to get better is to learn from our mistakes. Thank you for the lesson, Gilas. 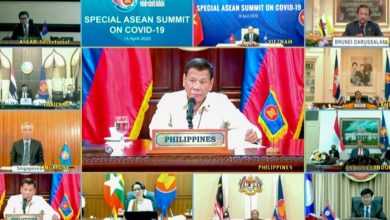