We know climate change is real, and we know that it is caused by our actions. The Earth’s atmosphere is warming, faster than it probably ever has and at an alarming rate. In some cases weather patterns, climates and natural environments are changing quicker than wildlife or people can adapt. Scared yet? You should be if these trend continues. However, we can still do something about it. How you say? By using renewable energy resources like hydro power, otherwise known as hydroelectric power or hydroelectric energy.

There have been significant gains in promoting accessible and clean energy in Asia and the Pacific through the years. However, there are still communities who lack an adequate and reliable supply of electricity, especially in remote areas.

This is the case in the Philippines. There are rural areas that lag behind in electrification despite improvements in the energy sector. Energy insecurity has resulted in high electricity prices and inequality in distribution, which stifle economic growth. The frequent use of diesel generators also increases air pollution. This spells the need for an energy solution that is clean, affordable, and sustainable and that can be replicated in other rural areas in Asia and the Pacific. These are namely solar, wind, geothermal, and hydropower energy. Among these types of renewable sources of energy, hydro power seems to be one of the most promising. Why is it the most promising? That is because we already have the bodies of water to use. The only thing the government need to do is utilize those bodies of water to our country’s advantage.

To date, the Philippines has a population of more than 100 million and there are 15 large dams in operation. The country’s dams have a total water storage volume of 8.67 x 109 m3.

In 2021, the Republic of the Philippines Department of Energy, through the Renewable Energy Management Bureau, has officially kicked off the start of the 3rd Open and Competitive Selection Process to further accelerate the development of renewable energy in the country. This means that we will be relying more on renewables sources of energy in the future, thus, taking part in combating climate change.

Our country is truly blessed with the resources need to produce renewable energy. It’s ours for the taking, let’s take advantage of them! 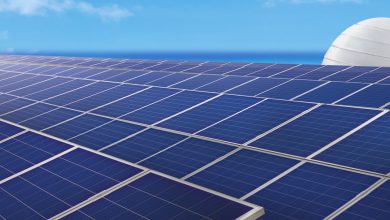