There are favored provinces, and there are ignored provinces. Such was the reality for so long in the Philippines in the realm of infrastructure and development. That was before “Build, Build, Build” and Rodrigo Duterte.

Many may remember the then-Davao Mayor’s presidential campaign bannered by the War on Drugs. But in reality, it was the larger promise of change that endeared him to more than 16 million Filipino voters. One could even say that the message of inclusion was compelling. Duterte was the first Mindanaon president, after all.

And yes, that’s certainly vital to this discussion. However, wins in the National Capital Region (NCR) and Greater Manila Area, and a significant number of votes across all provinces, proved that there must’ve been a stronger reason for the people’s choice. That reason, that of change, manifested in his ambitious infrastructure program of “Build, Build, Build” – now an ongoing legacy being written, four and a half years in.

Coast to coast, no one left behind

To illustrate, we first look at the areas right outside Metro Manila. From NCR, one needs only a few minutes in a car to bask in the success of spacious highways cutting through Bulacan, Pampanga, Tarlac, and more. In addition, it is now extremely easy to go to La Union or Baguio. The TPLEX has cut down tremendously on travel time to these local tourist destinations.

Further to the North, nestled between the Cordillera Mountains and the Sierra Madre, you’ll now see farm-to-market roads that are now serving the poorest of the poor. These are what we’re talking about when we say ignored provinces. Below are some ongoing projects from the Official Facebook page of Department of Public Works and Highways (DPWH) Secretary Mark Villar:

Development has not been limited to Metro Manila and nearby provinces. Under “Build, Build, Build,” progress has reached the islands. In fact, there are infrastructure projects being completed left and right in Negros, Palawan, Leyte, and Antique, to name a few. Fortunately, they’re no longer ignored provinces, as development is now the norm for people there.

As expected, Mindanao has also gotten the attention it deserves. The projects in the South is a testament to the promise of change of the Duterte administration. Gone are the days that Mindanao was a footnote in the national government’s development plan. For instance, take a look at these developments in Zamboanga del Norte and Agusan/Surigao:

These are receipts to the true Duterte Legacy. No one will be able to take these away from the man and his administration. Infrastructure will bring a better quality of life to every area. No one can deny that. Above all, the Duterte government’s “Build, Build, Build” program makes sure that ignored provinces are a thing of the past.

A #BetterPhilippines no longer seems just a far away promise – it’s a reality, it’s here and now.

READ: The Duterte Effect – What Does It Really Mean? 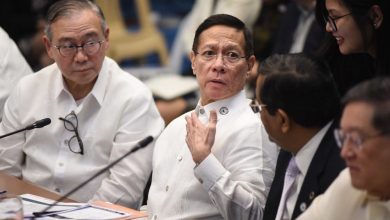