BUILD, BUILD, BUILD. The Duterte administration’s aggressive infrastructure program continues, and it’s found its way to the riverbanks of Marikina and Quezon City.

One of the latest projects to be completed by The Department of Public Works and Highways (DPWH) is a flood control structure. The river wall goes along the right bank of the Marikina River in Barangay Batasan Hills, Quezon City.

The P93-million project includes the construction of a 152-linear meter river wall with a 12-meter high slope protection. To ensure integrity, the wall was composed of concrete piles, reinforced concrete structures, as well as riprap and masonry work.

Above all, DPWH Secretary Mark Villar said that the wall will protect residents of Vista Real Subdivision, Phase II from flooding.

The wall was constructed under the leadership of DPWH National Capital Region (NCR) Ador Canlas. It is a part of the Pasig Marikina River Channel Improvement Project. The objective of the project is to prevent river overflow and flooding.

Learning from the past

“By constructing flood control projects like this, we hope to protect lives and properties and avoid experiencing the same devastation to Metro Manila in 2009 by Typhoon Ondoy”, added Villar.

In 2009, Tropical Storm Ondoy put Metro Manila and roughly 30% of the country’s provinces in a state of calamity. Marikina was badly hit, with 85% of the city experiencing flooding.

Meanwhile, Department of Education (DepEd) Secretary Leonor Briones declared that the DepEd will incorporate “the importance of understanding the phenomenon of climate change” as well as disaster preparedness in the K to 12 program.

She underscored the need for teachers and students to be more aware of these dangers. The secretary reminds that schools are highly vulnerable to disasters, since plenty of them are one-story buildings.

“We’re not talking about education alone but about the whole country,” Briones explained. “This does not only affect the private the institutions but also private citizens’ homes that’s why we need to change the outlook that largely, typhoons cause floods and landslides.” 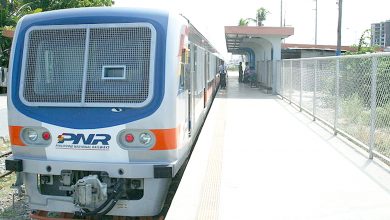