We all might be socially distancing during the pandemic, but that doesn’t stop us from connecting with other people. It’s the same with our country. We are still pretty much connected with the rest of the world. In fact, coming into 2021, it would seem that Philippine foreign relations — both with traditional and new allies — are actually improving.

Let’s take a look at some recent developments in our international relations. These are just updates from three specific countries, and we are just barely scratching the surface. However, these are unequivocal proof that despite a troubling year, we are still pretty much connected with the rest of the world.

Australia, the ASEAN, and defense

In terms of national security, it’s paramount to maintain good relations with our neighbors. This is exactly what happened during the 37th Association of Southeast Asian Nations (ASEAN) Summit last November.

In the summit, Australian Prime Minister Scott Morrison expressed support for the 2016 Arbitral Ruling on the South China Sea that favored the Philippines. President Rodrigo Duterte was grateful for their support. He welcomed Australia’s strong commitment to the values and shared objectives of the ASEAN.

This positive relationship with Australia has been consistent, and seems to be improving. In fact, Duterte and Morrison even had a phone call to discuss how to strengthen bilateral relations.

Chief of Presidential Protocol and Presidential Assistant on Foreign Affairs Undersecretary Robert Eric Borje said that in the call, President Duterte, “welcomed Australia’s interest to enhance cooperation with ASEAN on maritime security, countering marine plastic debris, counterterrorism, and cybersecurity, which are priority issues of the Philippines.”

When talking about Philippine Foreign Relations, one of our more traditional allies in the region has always been Japan. In fact, they have been instrumental in several of the country’s infrastructure projects under “Build, Build, Build”, with one of the most impactful being the Metro Manila subway. This ₱393-billion project is in coordination with Japan International Cooperation Agency (JICA). It is expected to greatly ease congestion in the metro.

2021 marks the 65th year of diplomatic ties between the Philippines and Japan, and our relationship seems to only be growing stronger. President Duterte invited Japan’s new Prime Minister Yoshihide Suga “as soon as circumstances allow” during an online conference last December.

“Japan is a valued partner of the Philippines. As a friend closer than a brother, ours is an exemplary partnership that has withstood the test of time,” said Duterte.

RELATED: 2020 PH Economy Struggled, but is on a Path to Recovery

Finally, when talking about Philippine Foreign Relations, we need to talk about Overseas Filipino Workers (OFWs). 2021 will see a huge change in their working conditions in the Kingdom of Saudi Arabia. The country’s Labor Relation Initiative which eases contractual restrictions on foreign workers will be in effect in March of this year. This is huge because it will allow all foreign workers in Saudi Arabia to change jobs or leave the country without their employer’s permission – something that they weren’t able to do previously.

“This will allow foreign workers the right to change jobs by transferring their sponsorship from one employer to another, leave and re-enter the country and secure final exit visas without the consent of their employer, which [have] long been required under Saudi’s kafala or sponsorship system,” said the Department of Foreign Affairs (DFA), welcoming the development.

The kafala system has previously been a source of abuse for many OFWs. This labor reform is a huge step in protecting the welfare of OFWs. Hopefully other Middle Eastern countries will follow suit.

Checking all the boxes

All things are set coming into the new year. Senator Richard Gordon, Vice Chairman of the Senate Committee on Finance, approved our foreign affairs budget as early as October. The DFA has an approved budget of ₱22.093 billion to carry out its mandate in 2021.

Senator Gordon explains that the purpose of the DFA is to implement the “three vital pillars of Philippine Foreign Policy”: 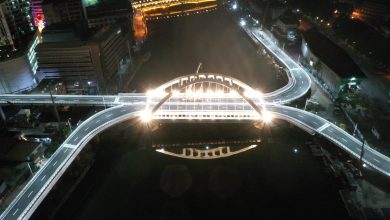 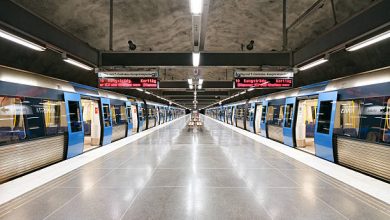