Without a doubt, almost all of us know someone who works at or has worked in Middle East countries. These include Saudi Arabia, the United Arab Emirates, Israel, Lebanon, Oman, Kuwait, Qatar, Bahrain, etc. But what of it now? We’ve done it for decades. What new discussion could we possibly have about our kababayans in the region?

Pinoys in the Arab world

Many countries in the region are thriving. Aside from massive amounts of employment opportunities and higher standards of living, they’ve been offering tax breaks. There’s custom duty benefits, and a lack of restrictions for foreign owners. With that, salaries are tax-free in most countries. And with all this progress, the growing numbers of migrant workers have been escalating for years.

Take the UAE for an example, which has made a name for itself globally as a job hub for promising workers. According to United Nations (UN) estimates in 2013, more than 80% of its population are expats from different countries. The Philippines is one of the greatest contributors to that.

Not everything is roses, though. Although outsourcing workers to the Middle East remained consistent over decades, there has been a hiccup or discord between the Philippines in terms of the Kafala Sponsorship System in some areas. The kafala is from the word “kafeel”, which translates to the employer. It is a sponsorship system wherein the state permits local individuals or companies to employ foreign laborers. Within the system, the sponsor covers all the travel expenses and accommodations of their employee. The downside is the sponsor gets control over a worker’s legal status, creating a power imbalance that sponsors can exploit. Human rights groups have called this a form of “modern-day slavery.”

On our end, the Philippines continues to push for the abolishment of the Kafala system. The government has been persistent in raising the said system and its problems with the Middle East’s state leaders at every possible international forum.

Last year, in President Rodrigo Duterte’s sixth and final State of the Nation Address (SONA), he stressed his call for the complete abolition of the Kafala system, which monitors and restricts the movement of migrant workers.

“We call on the world to dismantle the heinous Kafala system because the Filipino is no slave to anyone, anywhere. And there is no room for modern-day slavery,” he said.

Pearls in the desert

The reform of the Middle East Kafala is still ongoing. The government is doing its best for Filipino migrant workers bravely venturing out into these unfamiliar lands. At the end of the day, the safety of our heroic kababayans is always worth fighting for.

For our friendly relations and outpour of workers to continue, the Middle East must compromise and hear the plea of Filipino migrant workers.

As President Duterte said, “I dare you, correct it or we’ll ask our workers, Filipino workers abroad, to go home.” 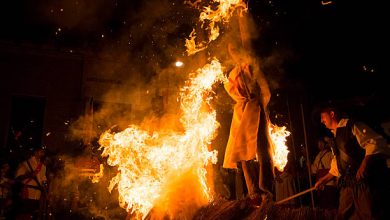