PARADISE UNDER REPAIR. Ten hotels in Palawan have been issued cease-and-desist orders (CDO) by the Department of Environment and Natural Resources (DENR) and the corresponding local government units (LGUs). The reason? It has been determined that they are polluting Bacuit Bay in El Nido, and Coron Bay in Coron.

Public notices on the violation of the concerned establishments have been put up, as well as sealing of their waterlines and facilities to prevent them from releasing more wastewater.

The hotels were found to have discharged wastewater that greatly exceed the allowable standards, and are in violation of the Philippine Clean Water Act of 2004.

These CDOs were issued after a decision to keep El Nido open during its rehabilitation was reached by the DENR, Department of Tourism (DOT), and the Department of Interior and Local Government (DILG). However, swimming activities are banned in some areas with high level of coliform bacteria.

For El Nido, CDOs were served to the following establishments:

Meanwhile in Coron, CDOs were served to the following establishments:

Wastewater from these hotels drains to Bacuit Bay and Coron Bay, contributing to the very high fecal coliform count in the waters. The identified beach areas are currently cordoned off, with signages reminding the public of the no-swimming policy.

Palawan as the next target for rehab following Boracay’s success

El Nido and Coron, two of the country’s prime tourist destinations, are currently undergoing massive rehabilitation. This is following the successful rehabilitation of Boracay island.

READ: Boracay was just the beginning, so what’s next?

Coron and Bacuit Bays are identified as Class SB, or suitable for ecotourism and recreational activities. Unfortunately, encroachment of easement zones and waterways by business structures and households have found to have degraded the quality of the water. This led to them being the initial targets for rehabilitation in Palawan.

Stakeholders need to be educated

According to Environmental Management Board (EMB) MIMAROPA Regional Director Michael Drake Matias, stakeholders for these places should be educated on their duties. Their duties of protecting the environment, when not carried out, will have corresponding sanctions.

“We hope that the public, especially the business sector, would understand that what we are doing, the stakeholders forum as well as the issuance of the CDO against erring establishments, form part of our shared responsibility to protect nature and preserve it for future generations,” said Matias.

Above all, if Boracay is any indication, all stakeholders in Palawan should realize that great things can come from this rehabilitation effort. The government will have their back, just like what happened in Boracay, and soon their islands will also be redeemed. 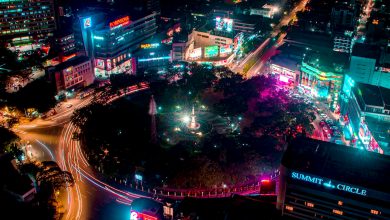