With over 7,000 islands in the Philippines and millions of creative Filipinos always hungry for delicious delicacies, someone somewhere is always making a new Pinoy dish. Today, we list down some of the best-kept secrets of Pinoy cuisine. Tastes and treats that truly represent the country, those you won’t find in a Lonely Planet!

The world recognizes the Philippines’ national dish – Adobo. Easy and quick to prepare, Filipinos can create this tasteful dish with their eyes closed. Traditionally, it’s made with soy sauce which creates the dark texture and broth. Another version of Adobo that has more kick to it might be a great secret.

Adobong Puti or White Adobo takes a longer time to prepare. The main ingredients, white vinegar and fish sauce, simmers through the chicken meat for about 30-40 minutes until tender.

Its salty and sour flavors might be more calming than the vigorous taste of the original Adobo, but is still as delightful. A sleeper in the all-time list of Pinoy cuisine!

Fact: Using pork meat in Adobong Puti may take more than an hour to finish. Talk about getting hungry!

Kinilaw will always be a top pick in Filipino celebrations, especially when alcohol is involved. But would you still eat the Pinoy-style ceviche if a slimy Woodworm is in it?

Tamilok, a popular exotic dish in Palawan, is found in rotting wood of mangroves and are extracted easily by locals. Eaten fresh and marinated with salt, vinegar, and calamansi, many compare its taste and texture with fresh oysters.

It may be considered as exotic but Tamilok has been a constant tastebud tickler to foreigners and Pinoys alike when visiting the island. This is truly a must-taste for all!

Fact: Tamilok is not wood nor a worm but is actually a mollusk.

Once featured in Flying Ketchup, Bulcachong is truly Davao’s pride. Made with Carabao meat that is slow-cooked for 3 hours, this mouthwatering dish has the perfect flavor of salty, sour and spicy in its soft-boiled meat and bone marrow.

Bulcachong is considered a rare dish in Pinoy cuisine since Carabao meat is hard to find in the market. While the famous restaurant “Bulcachong” is a tourist destination, this bowl of goodness is available – and still authentic – in different spots in Davao.

In the Philippines, tasting bitterness may not be all that bad. Papaitan, for Ilocanos, is their prized possession. Directly translated as “to make bitter”, the soup is made out of goat bile or Pait – a recipe that is one of a kind.

Either slow-cooking the goat meat with the Pait or adding more of it depending on preference, the savory bitterness of this dish is what avid Papaitan lovers are passionate about.

Ilaconos all over the world may have raised the bar when it comes to its recipe, but the green insides of a goat will remain Papaitan’s best ingredient.

Sinantol is familiar dish cooked with the famous Pinoy favorite fruit – you guessed it right – Santol. The rind of this sweet and sour fruit is shredded or minced, then cooked in coconut milk and Shrimp paste or Bagoong. More loved when it’s spicy, the tastes of Gata and Santol creates a delicious mix of sweet and creamy flavors.

This fruit-based delicacy may not be a staple dish at home, but is nonetheless a strong representative of Pinoy cuisine. Filipinos are just in love with their meat. However, few places in the country like Bicol and Vigan have elevated its recipe. Unique, sumptuous dishes like Sinantol with Bagnet and Hipon made Sinantol a culinary masterpiece.

Fact: Did you know that Santol in English means “Cotton Fruit”?

What’s a list on Pinoy cuisine without awesome dessert?

Taro Root, or gabi as we call it, is perfect with creamy substances when turned to dessert. Besides Pastillas and Kalamay, an unfamiliar treat has yet to be enjoyed.

Inakob, once featured in a docu-series of a local channel, was introduced to the country as a sweet delicacy of Biri, Northern Samar. Its shredded flesh is cooked with coconut cream, condensed milk and eggs. The cooked flesh is returned to its hard shell and boiled with coconut milk and sugar until soft.

Inakob came from term, taklob, means to cover. This sticky and sweet recipe is best paired with coffee or hot chocolate during the rainy season.

A famous fast-food chain made it mainstream but it’s been Bacolod’s secret weapon. The Annatto Oil, famously known as Chicken Oil, originated from the Chicken Inasal recipe. Annatto or Achuete Seeds is a vital ingredient in an Inasal’s marinade. Now it has become a condiment when enjoying grilled recipes.

Making your homemade Annatto Oil is quite easy. Fry chicken skin and fat until it renders its natural oils then add annatto seeds for flavor and color.

There’s no denying that a dash – or maybe a spoonful – of Annatto Oil on your kanin at ulam makes a great meal!

It’s no secret: Balut is a Filipino favorite.

Call it your midnight snack, pulutan, or rainy day fix. Balut is available anywhere in the country. That’s how ordinary fertilized duck eggs are in Pinoy culture.

How is this a best-kept secret of Pinoy cuisine? Balut is the infamous treat where people from all over the world would jump and scream once they see the hairy head of the duck, we while Filipinos casually slurp 3, maybe 4, ducks in a sitting.

The world may call Balut exotic, but we call it a snack.

Fact: Balut actually originated in China and has versions all over Asia.

Aside from our hospitality, we Filipinos have a high regard for the art of eating delicious food. Whether it be snacks or main entrees. You’re sure that a Filipino family’s home is full of pleasant twists for our own cuisine. 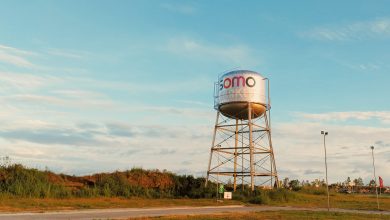 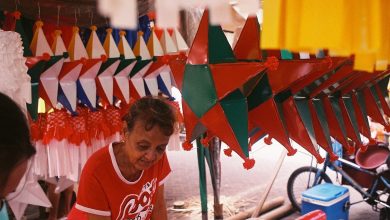 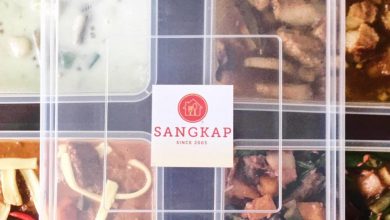 Sangkap sa Pagbangon: How this resto helped frontliners and its employees