SpaceX has been launching hundreds of satellites into low earth orbit as part of its Starlink project. This will create a constellation of spacecraft capable of beaming high-speed internet to hard-to-reach locations around the world.

What precisely is Starlink?

Starlink is a division within SpaceX. It’s also the name of the spaceflight company’s growing network – or “constellation” – of orbital satellites. The first prototype satellites were sent into orbit in 2018, after the network’s construction began in 2015.

Another 51 satellites were launched into orbit on September 13. A few days ago, another 53 internet satellites went up. The constellation now has nearly 2,000 satellites in orbit.

And those satellites can provide internet access to our homes?

Yes, that is the main idea.

Unlike existing internet providers in the country still needing towers to boost their signal, satellite internet given by Starlink Philippines only requires a small satellite dish. This home installation will receive the signal and pass the bandwidth on to your router. Starlink even offers a number of mounting options for rooftops, yards, and the exterior of your home. An app for Android and iOS will use augmented reality to help clients choose the optimum location and position for their receivers.

Starlink services have only been available in selected regions in 14 countries, with new locations pending. However, it is coming to the Philippines in 2022. As new satellites join the constellation, the coverage map will continue to expand. Starlink intends to eventually cover the entire globe with a usable, high-speed Wi-Fi signal. Watching HD movies without any buffer? Count us in.

The change we need

The Philippines has an internet penetration rate of 67 percent. This leaves large portions of the population still without access to online services. This is according to data from the Digital 2021 Philippine Report.

Starlink Philippines can change this. It can reach far-flung locations in the country without the need of towers or fiber optic cables. A small satellite dish will get the job done. Surely convenient, but potentially game-changing. The impact this improvement in connectivity will have on sectors such as education, tourism, and more will be tremendous. We can’t wait! 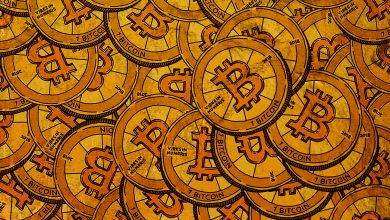 Cryptocurrency Basics, and Why Filipinos Should Pay Attention