Urging all local government units and private institutions to follow suit and be a part of the government’s region-wide river rehabilitation campaign, the Department of Environment and Natural Resources (DENR) in Central Visayas will initiate local river clean-up in Cebu City on February 22.

“We have identified 10 priority rivers in the region that need to be closely handled by the DENR along with our partners but we do not discount the need to clean up all other river systems especially those situated in the downstream areas,” said DENR7 regional executive director Gilbert Gonzales.

Simultaneous river clean-ups are scheduled on February 22, March 22, and April 19 in Central Visayas, as the DENR have identified Category B classified rivers in Cebu, Negros, and Siquijor.

Charlie Fabre, DENR-Bohol Provincial Environment and Natural Resources Officer, explains that Category B rivers are those identified through laboratory tests to have coliform levels below the 100 most probable number (MPN).

According to Fabre, the following are the rivers classified as Category B in the region:

Other government agencies and stakeholders urged to participate in rehabilitation efforts

Meanwhile, Gonzales encourages other government agencies, other stakeholders, as well as the private sector in urban centers to extend the necessary support in cleaning up their rivers and waterways.

“We urge our local government units, organizations and industries to join our campaign towards promoting environmental sustainability, public health and safety,” he said.

Gonzales also appeals to the communities and business establishments along the riverbanks to share in this collective clean-up effort by not throwing their garbage directly into these waterways. He asks them to instead participate in the efforts, as well as strictly comply with environmental regulations, given that most of these rivers and creeks are tributaries of lakes and oceans.

He adds that this activity is a directive from President Duterte, and has a department order to strictly enforce Republic Act 9272 or the Philippine Clean Water Act of 2004.

The DENR will also push for gathering volunteers and mobilization of communities for this clean up drive.

Gonzales adds that they are discouraging volunteers against single-use surgical gloves, black garbage bags, and other similar clean-up materials that might end up as additional trash, and instead utilize used sacks as containers.

Gonzales also urges local officials in the areas to coordinate volunteers, as well as assist in future rehabilitation activities. 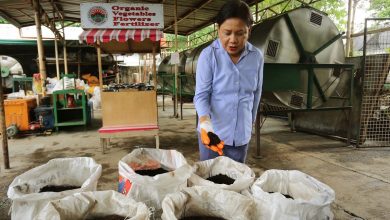 Social Distancing – How Effective Is It?