There is this peculiar ability of names to bring with it all sorts of meaning – names tell histories, or what is valued, or what one wants to honor and be remembered forever. This is true especially of our public spaces – the roads that we traverse, or the buildings we use and inhabit.

In the Philippines, much like anywhere else in the world, the names of our streets bring with them all manners of significance.

Let’s take the example of Roxas Boulevard. In the early 1900s, as part of architect Daniel Burnham’s plan for Manila, the thoroughfare was first called Cavite Boulevard. It was later renamed Dewey Boulevard in honor of George Dewey, the American admiral who defeated the Spanish fleet during the famed “Battle of Manila Bay.” Under the Japanese occupation, it was changed to Heiwa Boulevard, before being renamed yet again in the 60’s to its current name, in honor of our fifth president, Manuel Roxas.

In more recent years, some may recall a move to rename another major thoroughfare – the Epifanio De los Santos Avenue, more popularly known as EDSA. For the uninitiated, Epifanio de los Santos was considered by his peers as the greatest Filipino genius after national hero Jose Rizal.

A petition was discussed in the House of Representatives, to rename EDSA to Cory Aquino Avenue, in honor of President Corazon Aquino, and her contribution to the country’s democracy. Take note that the avenue was the main venue of the EDSA People Power Revolution of 1986. However, lawmakers opposed the measure, stating that it “already has acquired a very historical meaning that should not be tampered with.”

It is in this very public stage that the significance of names clearly manifests itself – to be named something means to be forever etched into something’s history, and people tend to argue about names passionately, as they should.

An even more recent example is the argument of changing the Ninoy Aquino International Airport (NAIA) back into its original name: Manila International Airport (MIA). Proponents of the measure argue that the name change in 1987 was done well in advance of the 10-year prescription of naming public sites after deceased personalities – Senator Aquino was slain in the airport runway in 1983, an event considered as the spark that led to the EDSA Revolution. Again, a proposed name change ripe for debate.

As politics tends to creep into all aspects of life, clearly, the naming and renaming of places is not exempted.

To rename or not to rename, that is the question

So all things considered, should we still keep renaming our roads and buildings?

The significance of names is that it is an agreement for everyone involved on what the meaning of that something is, which could have powerful effects on how a story is told, or how history is remembered.

The short answer is ‘Yes,’ we should keep renaming our roads and buildings, because that is a way for us to agree on our shared history, which in turn helps shape and define us as a people. However, at the end of the day, we should name or rename something after a significance that is valuable regardless of which direction political winds blow.

Similar to the current administration’s move to display photos and paintings of Filipino heroes in classrooms instead of elected government officials, which President Rodrigo Duterte calls a “silly” practice, we should shift our focus to giving importance to values and traits that unite us as a people, instead of feeding the beast of personality politics. 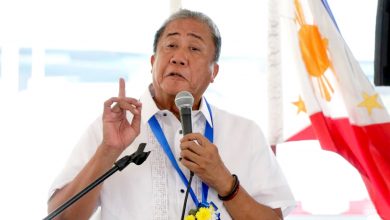 Art Tugade: Paving the Way Into the Future 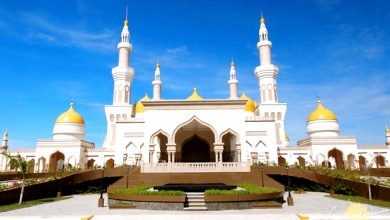 PPP continue to be good for PH Economy and Infrastructure