Surviving 2020 meant being able to continuously adapt. This was made clear very early on in the year, as the world stopped in its tracks in order to contain the spread of COVID-19.Thankfully, Filipino government agencies adapted several New Normal Changes that gave us a sense of living normal lives.

Things that no one really though about before have now started to become commonplace. Looking back at the year that was, it’s amazing to see just how much change happened. What better way to start anew than by looking back at several innovations made by some government agencies?

Not to say that everything is perfect now; in fact, we still have a lot of work to do. However, it’s good to talk about the changes that we need to embrace in order to live in a time of a global health crisis.

Let’s look at three New Normal Changes that we are now starting to get used to!

Let’s be honest – there wasn’t really much support for alternative means of transportation before the pandemic. There were bike lanes here and there, but there wasn’t any nationwide concerted effort to actively develop them. Maybe we all thought that we didn’t need them that badly. We had public transport as an option – it was far from perfect, but it was there, and we didn’t even imagine a world without it.

We’ve heard the stories. In the early days of the pandemic, frontliners walked hours just to get to work and back home. It was a horrible time. If you needed to get somewhere and you didn’t have a personal vehicle, you had to rely on free rides that the government and some private entities were providing.

Unsurprisingly, bicycles made a resurgence. Before, many had bikes for leisure; like hobbyists or triathletes. But now, bikes have become a crucial mode of transportation, and it seems that the government has now started to fully embrace that. So much so that the Department of Public Works and Highways (DPWH) released a department order stating that major projects must include bike facilities, in order to accommodate the growing population depending on them. While this impressive as one of the New Normal Changes, this is also a major step towards the promotion of alternative and sustainable modes of transportation in the country.

As the world came to a halt, so did learning institutions. How could we teach when the primary mode of education involved face-to-face interactions? An “academic freeze” seemed like an unfortunate reality that we all had to accept. Students just had to stop going to school.

However, the Department of Education (DepEd) didn’t allow that to happen. For them, it wasn’t even an option.

Distance and Modular Learning was one of the more radical New Normal Changes in 2020. Who would’ve thought that homeschooling would suddenly be the only way to get an education? Secretary Leonor Briones was right when she said that it was a complete overhaul of the educational system in less than six months.

Now, online/remote learning has become the norm. It was not without its challenges, but the DepEd has done its best. There are a lot of pain points, especially with varying access to online platforms and modules. But, the important thing is that learning never stopped.

Despite a move to pilot face-to-face classes in January 2021, the lessons we learned in the past few months with our foray into distance and modular learning are invaluable. This much is clear: we will never let a pandemic stop the formation of the country’s young minds.

A few months back, it was impossible to even consider going on a vacation. Tourism understandably was one of the industries hit hardest. We had a vibrant and thriving tourism industry in the old normal, with 2019 even fetching record high numbers. Where did we go from there?

The world of tourism stopped turning. Although we shouldn’t really travel if we don’t have to, we have to realize that millions of Filipinos depend on this industry as their main source of livelihood. As lockdowns ease, some destinations have already started reopening. And with it, comes health protocols that involve keeping yourself and your family safe.

The Department of Tourism (DOT) has revamped its online portal to be a one-stop resource for those who want to go traveling again. It has a section on reopened tourist destinations and establishments, as well as very detailed explanations of safety protocols for travelers.

This is a necessary step for the tourism industry. It’s also perhaps one of the more ambitious New Normal Changes that a government agency is taking. Sure you have to get tested before going to these destinations, and you have to observe all standard health protocols. But if that means being able to experience the wealth and beauty of the Philippines, then so be it. If we can help our fellow Filipinos and still be safe, let’s do it.

The world has changed incredibly – that much is certain. At the end of the day, these New Normal Changes are options that have become available for Filipinos. It seemed impossible at the start, but now have become part of our reality.

Our present has become possible because of the dedicated and hardworking people of the government, and a private sector strengthened by our resilient economy. Our future is less certain, but we’ll need all hands on deck. In order to move forward and thrive, let’s continue to adapt and innovate. 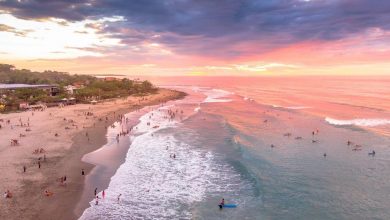