Alcohol has always been a touchy subject – for some, it’s a source of comfort; for others, it’s a vice with dire consequences. So unsurprisingly, liquor bans have always been contentious for Filipino drinkers. And during this time of a pandemic, it has done more than ruffle some feathers – it has also caused significant social and economic impact. So we ask: are the COVID-19 liquor bans warranted? Are they necessary at all?

Truth is, we have a strong drinking culture. It may not be an essential need, but alcohol has become a multi-billion peso industry. From the humble sari-sari store, to the big nightclubs and bars – drinking is an expected pastime for many of us.

The concept of inuman is ingrained into our culture. Some drink when they’re happy, some drink when they’re sad. Many drink on days ending in “y” and they don’t feel half bad. The word itself captures the inherent social aspect of our drinking culture – you can’t have an inuman by yourself. So please, pour yourself a drink and join us as we unpack this topic of liquor bans!

It’s understandable why LGUs implemented it. In the early days of the Enhanced Community Quarantine (ECQ), there were news reports that people were violating protocol by having drinks with their neighbors in the streets. It pushed almost all LGUs to implement liquor bans of their own – save for Makati and Taguig. Are there no inumans in those cities, or were they just more disciplined than others?

Other cities and provinces outside Metro Manila soon implemented their own liquor bans, placing essentially the entire country under an alcohol lockdown.

The non-drinkers really didn’t think much of it. In fact, some even celebrated the bans. Proponents argued that alcohol consumption affects the immune system, or heightens the possibility of domestic abuse.

A month after the ECQ, alcohol producers and distributors were already feeling the brunt of the COVID-19 liquor bans.

The Center for Alcohol Research and Development (CARD) sent a letter to the Department of Trade and Industry (DTI) calling to lift or ease the restrictions on alcoholic beverages. CARD’s members include Emperador Distillers Inc., and Ginebra San Miguel, Inc., two of the biggest booze producers in the country.

The group understood the intention of the prohibition. However, they were in the firm belief that prolonging the ban would be severely detrimental to the workers and companies dependent on the liquor industry.

“If this ban continues, the industry can no longer survive; a situation that can affect a large sector of the community,” said CARD in the statement.

“[The] alcohol beverage industry bears already the agony of declining market demand due to the imposition of high excise taxes on alcohol.”

The economic impact of liquor bans

Imagine the thousands of bartenders, waiters, delivery and factory staff, out of jobs. Imagine bar and store owners, sitting on supply that has now become “illegal.”

This even gave rise to a brief underground economy during the time of the liquor bans. Opportunists moved alcohol illegally, and spiked the prices due to the risks involved in selling and transporting booze.

What’s interesting to note is that “sin tax” funds a big part of our Universal Health Care Law. Taxes from alcohol and tobacco directly fund our healthcare system under the new Tax Reform for Acceleration and Inclusion (TRAIN) Law.

It was paradoxical, as the billions of pesos of excise tax lost due to the liquor bans could have been used to fund our healthcare system.

Reasons to lift the ban

As more industries re-open along with easing of quarantine measures, some LGUs have decided to lift and ease their COVID-19 liquor bans.

Pasay City was one of the first ones to lift their ban, citing “economic reasons” and “anxious residents” as the rationale behind it. Shortly after that, Quezon City and Marikina followed suit. The cities lifted their total bans, but also implemented limits, such as QC limiting the time you can buy.

It’s critical to note that the Pasay City ordinance actually references the anxiousness of its citizens as one of the main reasons to lift the ban.

Despite this development, some cities and provinces still continue to ban the sale of alcohol in their areas.

We’ll admit it, the bans may have already served their purpose. But what we want to highlight is that the lifting of the COVID-19 liquor bans gives a little sense of a “return to normalcy” for some Filipinos.

Additionally, the Filipino inuman needs to change under this “new normal.” Gatherings are still prohibited, and alcohol is only allowed to be consumed inside our homes. Try a virtual e-numan if possible, and have a few beers over the internet with your friends and family.

The key takeaway from this, as with a lot of things in life, specially alcohol – is to take everything in moderation. It may be quite some time before we go back to the bars, but at least we can still have the mercy of a little drink to help ease some of the tension from this pandemic.

A friendly reminder: Stay at home, drink at home, and drink moderately! 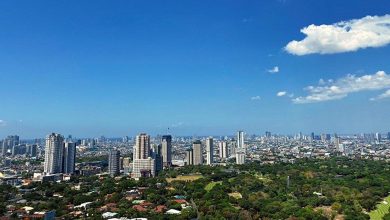 The Earth Healing: A Side Effect of the COVID-19 Pandemic 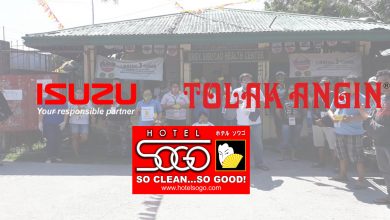 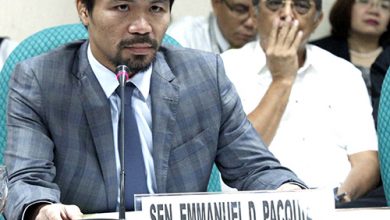