One of the most popular Filipino boy groups the Philippine music industry has today is a group of young artists going by the name SB19. Known for their amazing vocals and out-of-this-world dancing skills, the group has garnered a lot of fans and opportunities in the country and beyond.

Despite their international domination in the field of music, some people still lack knowledge about their roots; thinking that they are simply internet sensations or wannabes of famous K-Pop personalities.

That, however, is wrong.

The Beginning of a P-Pop Legacy

The group consists of 5 talented and handsome members, namely: Stell, Josh, Ken, Justin, and their leader, Pablo (formerly known as Sejun). This group of young artists first had the chance to show their potential when in 2016, a Korean entertainment company called ShowBT opened an audition here in the Philippines for aspiring performers.

As the 5 of them passed the auditions, they, along with other passers, started undergoing rigorous training provided by their management. The one they had was the same type of training other Korean groups underwent before their debuts. It was where they honed their skills through voice and dance classes. This training also molded the trainees’ mental states through body conditioning and personality development.

The training was not an easy phase for the boys. There were a series of evaluations wherein their performances are judged by their teachers. As years passed, many of their fellow trainees were eliminated for not being able to reach the standard of the judges. Luckily, at the end, the 5 of them made the cut. And so, SB19 was born.

The group’s name itself is a manifestation of the members’ creativity and patriotism. According to them, “SB19” symbolizes the bond between South Korea and the Philippines.

“SB” was named after their company, ShowBT. However, they also say that it is also an acronym for “sound break”; giving emphasis to their collective goal of having a huge break on the Philippine and international music industries.

Fast-forward three years, in October 2018, SB19 debuted with their first self-written ballad “Tilaluha”. This was also the time when they exhibited their designated roles. Pablo became the leader and main rapper, Stell became the main vocalist and lead dancer, Ken got the job of being the main dancer and lead vocalist, Josh became the lead rapper and sub-vocalist, while Justin, the youngest member, got the role of being a sub-vocalist.

Despite their most-anticipated debut, the group did not become popular instantly. They continued producing songs yet their accounts did not flood with followers, their videos did not become viral, and none of them topped the trend list on Twitter. This was a dark time for the boys, and as the feeling of hopelessness devoured them, they had the thought of giving up their dreams. They even wrote a song about it.

Then, miraculously, in September 2019, their dance practice video of their break-up song “Go Up” blew the internet.

Right after their video went viral, SB19 gained praise and criticisms from the netizens. Their careers quickly skyrocketed, drawing massive media attention as they produced more music. Some of their best-selling songs are MAPA, Alab, Hanggang sa Huli and many more. Their music was pioneering for the P-Pop scene. The uniqueness of their style gave identity to the group and to the art they produce.

In a short period of time, SB19 raised a huge following. The official fandom goes by the name A’TIN (pronounced as eighteen). The name symbolizes the idea that just like how the number 18 goes before 19, the A’TIN fandom comes before SB-19. It is also derived from the Filipino word “atin” which means “ours”; which means that their success is also their fans’.

The group also opened doors for themselves as they became models and advertisers of famous Filipino brands. Today, their commercials are broadcasted on television and even on YouTube. Not only that, but they themselves have also launched their own clothing line in partnership with other Filipino artists.

Just recently, SB19 made history as the first Filipino act to be nominated under the Billboard Music Awards Top Social Artist category. This glorious achievement of the group shows that Filipino music is not just mere melodies and that it has a place in the international music industry. One of their remarkable wins is also the fact that they ranked first on the Hot Trending Songs Charts; surpassing one of the most famous K-pop groups, BTS, and other huge international artists.

READ – From Stage to Kitchen: OFW Musicians in Dubai

While it’s true that foreign music is highly enjoyed here in the Philippines, there’s no denying the fact that most Filipinos don’t often give the spotlight deserved by local artists. SB-19 is among thousands of local talents who are bringing a new face to OPM. The group is an inspiration for youth who are pursuing their dreams and are fighting societal obstacles. Their music is a manifestation of the craft of the Filipino people in the field of arts.

Contrary to popular belief, SB-19 is not a K-pop wannabe. They have their own musical identity which makes them unique in the market. The members may have undergone Korean-styled training, yet their collective and individual origins as Filipino performers remain strong and vibrant. Proof to that claim is the music they give the public which is deeply rooted in the colorful culture we have here in the Philippines.

Up to this point in time, SB-19 still hasn’t reached the peak of their careers. They have a lot more to go through. Fortunately, we have the power to help them do just that. Let us listen to their songs and support their growth as young performers; with this, we can redefine Filipino music and give a platform for other Filipino artists to be recognized across the globe. 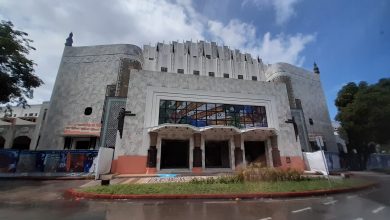