Approved by the Investment Coordination Committee-Cabinet Committee, the NSCR that will run from the Clark Freeport Zone to Calamba, Laguna is set to co-financed by loans from the Japan International Cooperation Agency (Jica) and the Manila-based multilateral lender Asian Development Bank (ADB).

Jica would finance the actual construction while the ADB would cover civil works according to Finance Assistant Secretary Maria Edita Z. Tan.

The NSCR will connect three projects: the ongoing Phase 1 between Malolos in Bulacan and Tutuban in Manila, to the Philippine National Railways (PNR) South Commuter Railway to Calamba, as well as the Malolos-Clark Railway. It’s also possible that it will also pass through Clark International Airport.

Once completed, the NSCR will be implemented by the Department of Transportation (DOTr) and the PNR.

“The NSCR System compared to other railway projects in Asia is more cost-effective. Per kilometer, the project costs about $100 million,” said the DOTr.

340,000 passengers per day are expected to use the NSCR when it begins partial operations in 2022. That number will increase to a projected daily ridership of 550,000 when it starts its full operations in 2023.

According to theNational Economic and Development Authority (Neda), “The government will subsidize an average of P5 billion per year to cover capital, operating and renewal costs of the project—an investment that is expected to generate substantial economic activity, create more jobs, increase incomes and deliver a more comfortable commuting experience.”

Currently, the Malolos-Clark and Tutuban-Calamba segments have been undergoing detailed engineering design and supplemental feasibility studies that are handled by Jica. The design and feasibility study, on the other hand, is set to be completed by March or April next year. 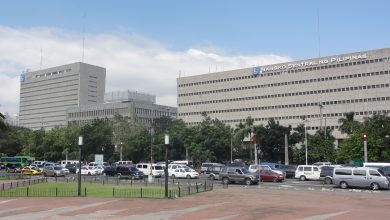