Throughout our history, we witnessed several women who became forefronts of revolutions. We always hear the names of Gabriela Silang, Melchora Aquino, and Josefa Llanes Escoda in history classes. These heroines bravely fought for the country’s freedom in their own ways. Silang launched guerilla attacks, Aquino nursed the Katipuneros, while Escoda campaigned for women’s suffrage. Among them was a Taal-born chemist who used science as a tool to help our countrymen: her name is Maria Orosa.

Many Filipinos have only heard of Orosa as the inventor of banana ketchup or from an obscure street in Malate. But beyond the ubiquitous condiment and street sign, Orosa provided monumental contributions to our country’s rural development, culinary heritage, and independence. It’s about time we educate everyone on Maria Orosa’s impact in Philippine History.

María Orosa e Ylagan was born on November 29, 1893, in Taal, Batangas, just three years before the outbreak of the Philippine Revolution. She was the fourth among the eight children of Simplicio A. Orosa and Juliana Ylagan-Orosa. In 1915, she left the province to study pharmacy at the University of the Philippines Manila.  Orosa excelled in the university, and at the age of 23, she became a government scholar. A year later, the US government sent her to the University of Seattle, where she completed her bachelor’s and master’s degree in pharmaceutical chemistry. Additionally, she also earned a bachelor’s in food technology.

After graduating, the Washington state government offered Orosa a position as an assistant chemist. Despite the opportunity to work there, she returned to the Philippines in 1922 to serve the country instead.

Her knowledge in chemistry and food technology first led her to a brief teaching stint at Centro Escolar University. After that, she joined the Bureau of Science, eventually ending up in the Bureau of Plant Industry.

Maria Orosa saw that the Philippines was heavily reliant on imports. She believed that food security was a vital part of a nation’s defense against war or calamities. To attain a self-sufficient and nationalistic food system, she developed more than 700 recipes using local ingredients and ingenious kitchen techniques. Her food innovations include pineapple vinegar, coconut ham, calamansi juice powder, jams using native fruits, and the famous banana ketchup.

Orosa was also a community worker. She visited far-flung barrios to provide knowledge about home economics. She generously shared her preservation, fermentation, and cooking methods with people to elevate their lives. Aside from this, she invented the palayok oven, an inexpensive clay oven that is useful in areas without access to gas supply or electricity. This enabled rural folks to have oven-baked foods in their homes in a more economical way. Also, it enabled housewives to prepare bread, cookies, and other palatable goods made from darak (rice bran powder rich in thiamine and other vitamins). The darak is another Orosa brainchild that helped the country in fighting the beriberi disease.

In the Second World War, Orosa served as a captain in Marking’s Guerrillas, an underground group against the Japanese. She held her rank while working daily in the Bureau of Plant Industry. Together with other patriots, Orosa smuggled food and medicine to civilians, prisoners of war, guerillas, and US soldiers. Her food inventions soyalac (protein-laden powdered soybean) and “tiki-tiki” cookies made from darak saved thousands of lives from malnourishment and starvation.

At the height of the war, Orosa still worked at the Bureau of Plant Industry. She refused to evacuate her post and never batted an eye from the threats of colonizers. However, on February 13, 1945, Orosa sustained shrapnel wounds from an explosion and was brought to Remedios Hospital. While she was being treated for her injuries, another explosion occurred. A shrapnel shard pierced her chest, killing her instantly.

Orosa died while serving her country. Her remains, along with more than 70 people who died that day, are believed to have been buried in a mass grave at the yard of the Malate Catholic School.

Many of Maria Orosa’s innovations are still used up to this day. Her advocacy for a more self-sufficient Philippines became more relevant than ever.  However, she remains one of the most under-recognized figures in Philippine history and culture. Big corporations profit from her inventions and educational institutions vaguely mention her contributions.

In this new age of information, it is now up to us to share her stories, values, and wisdom. Her legacy will live on as long we remember how a selfless Taaleña used her scientific expertise in making the Philippines a better place during one of the darkest moments of our history. 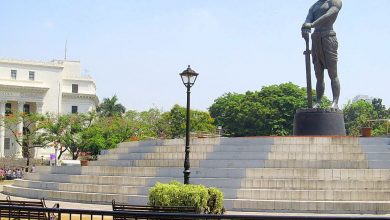 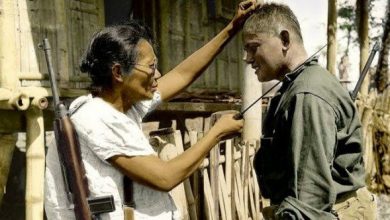 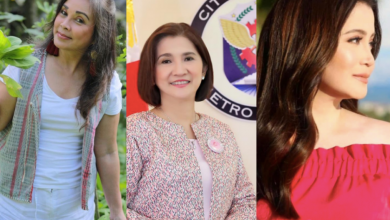