In a tiny barong-barong in Barangay Lahug, Cebu City, no one would think a display stack of skateboards and shoes would symbolize a young girl’s success.

Margielyn Arda Didal is the Filipina turning heads in the world of skateboarding. Showing all skill and no fear, she has been riding her way to London, USA, Brazil and across Asia to represent the Philippines in an extreme male-dominated sport.

A Natural On the Board

Margielyn knew she wanted to ride a skateboard the first time she passed a park full of skateboarders. It was love at first sight.

In 2012, she started borrowing skateboards from her peers to practice tricks on the streets. Skateboarders were impressed by how natural she was at it. She mastered tricks in only a week when it took them almost a year. They immediately knew Margielyn had what it takes to make it big.

Just a few months after first picking up a board, she competed in local skateboard competitions in Cebu and nearby cities. Winning 4th place in the first event and 1st in the second, Margielyn soon became eager to take the sport seriously.

The Sacrifices for Skateboarding

Taking the time to practice and compete, Margielyn sacrificed her education to pursue her passion. She went against her parents’ wish for her to finish school and instead travelled across towns to win medals and cash prizes.

Her mother was a kwek-kwek vendor and her father was a carpenter, and they needed the help. Margielyn would sell newspapers in the streets, bark passengers in jeepneys, and assist her mother in their food stand.

Little did her parents know, she was setting aside some cash to rent a skateboard.

Eventually, Margielyn would leave the house for days with no permission. This drew her father’s ire towards skateboarding.

One night, she came home with a championship medal, cash prize, and food for her family, but her father threw her skateboard to the ground in anger.

The biggest challenge came in 2014, when she injured her collar bone. Margielyn had to sacrifice skateboarding for a while. When her sponsors cut off their support, she thought it was the end of her career.

In time, Margielyn was able to return to her first love. She competed again in tournaments, gained back her sponsors, and was given the opportunity to compete abroad.

She became the first-ever Filipino to compete in Street League Skateboarding. Margielyn finished 8th at the London Pro Open Finals in 2018 and placed 14th at the World Championship Semi-Finals in Rio de Janeiro in 2019. A Top 5 finish in the 2019 World Tour in Los Angeles cemented her on the minds of the sport’s following.

Finally, the highlight of her young career came upon winning the fourth gold medal for the Philippines at the 2018 Asian Games.

It was a historic moment for the country.

Skate for the Philippines

After winning the Asian Games, Margielyn truly became a household name. More than gold medals, her true recognition has been putting Skateboarding in the country’s sports landscape. She believes that the skateboard community needs more support, and she’s doing everything she can to get it.

Margielyn hopes that one day, this sport will be more than just a hobby in the streets. That young kids will feel safe riding their skateboards in designated skateparks. With her influence, her sentiments were heard.

After Margielyn’s wins, the Mayor of Cebu and family pledged to build a Skatepark in the city. Finally, Cebuanos won’t have to worry about officials chasing them if they skate the streets. Skateboarding, at least in Cebu, will never be the same thanks to Margielyn.

The Future of Skateboarding

Margielyn’s career in this sport has gained so much momentum now that she will be competing in the 2019 Southeast Asian Games and the Women’s Battle at The Berrics.

With her scores in the SLS competitions, she hopes to compete in the 2020 Tokyo Olympics and bring Olympic gold to the Philippines.

From selling newspapers in the streets, Margielyn joined the list of TIME Magazine’s 25 Most Influential Teens of 2018. She has brought so much pride to the country, our golden girl – giving voice to the youth, and strength to women, turning wheels towards our collective success. 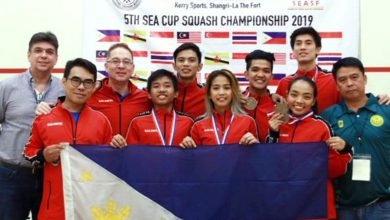