How does “Isko Moreno for President” sound? For many political pundits, it’s music to their ears. With a full two years ahead of the next Presidential Elections, many feel like now is the best time to be having this discussion. If not a very serious one, it’s certainly entertaining.

In a September 2019 statement, Moreno brushed off any alleged ambitions for the Presidency. “It is not in my radar,” he said. “To entertain these thoughts also gives uncertainty in our direction. I think I would rather focus, use all my available energy and some simple concept of mind sa lungsod ng Maynila (to the city of Manila).”

However, in a January 2020 comment, Moreno slightly changed his tune. “I’ll let destiny decide,” he said. “My point is today, I am a mayor. I should do and perform and excel from it. And I think I owe it to the people of Manila.”

“I think presidency is destiny…Experience is the best teacher in life, especially in governance. So you can be young, you can be old, but experience is very important,” Moreno added.

Fair enough, Yorme. But just based on that last statement, we’re now more than willing to discuss (again) what could or could not be the best decision for you to make ahead of 2022. Isko Moreno for President? Spicy. Let’s unpack it.

A few months into his Mayorship, many were already anointing Moreno as possible successor to President Rodrigo Duterte. And to add fuel to the fire, the former Davao Mayor himself publicly complimented Yorme:

When asked about his 60-day deadline for local government units to clear public roads, President Duterte praised Manila Mayor Isko Moreno for his style in cleaning up Manila’s streets.

What exactly is this popularity grounded on?

For starters, a well-curated online presence. The young Mayor enjoys a fierce and fast-growing social media following, pushed through official and non-official means. Moreno supporters are loud, proud, and infectious.

A quick Facebook search will reveal dozens of Isko Moreno support groups. There are large ones with tens of thousands, and smaller ones with just a few hundred. All of them are bursting with enthusiasm. Some, blatantly endorsing Isko Moreno for President. Others, just excited to see what he does next.

Of course, what’s published online is only a shinier version of what Yorme has been doing offline.

During his first few months in office, Moreno already had a handful of headline-grabbing moments. This included telling off University of the East officials that if they’ll disobey the city government when it comes to suspending classes, they should just close down. In the months leading up to Christmas, Moreno made good on his promise to “give Manila a bath” – publicly brandishing the cleaning of the Andres Bonifacio monument and the Jones Bridge rehabilitation, among others.

In November, Moreno raised some eyebrows when he threatened vandals – that if he caught them spraying graffiti again, he’d make them erase it with their tongues.

Isko: Leni's statement on drug war 'unfair'“Unfair naman sa enforcement unit who are putting their life on the line….

So, while Yorme has barely been in power for a year, he’s obviously given people many reasons to love him. Beyond a nod of approval on a city-level, it seems his recent track record has been enough to earn that rallying cry for Presidential aspirations.

But certainly, if there are these reasons to push Moreno upward on the political ladder, there are also valid reasons to keep him from climbing. Let’s explore them.

As good as “Isko Moreno for President” sounds, it should also raise concerns among Filipinos and Manilenyos on all political sides.

An easy answer as to why Yorme shouldn’t run for higher office (yet) is lack of political clout. Moreno does not have the deeply rooted support someone like a Bongbong Marcos has, or the party backing of a Leni Robredo. The machinery will need a lot of support, and he may not want to get into that kind of utang na loob this early.

A more practical reason would be that Manila deserves him for a few terms. He should take care of Manila, as he promised. That’s his city, all he’s ever known. He still has to rehabilitate Manila Zoo, and keep the Bay clean. All those parks? He needs to maintain them. Housing? What a headache.

And yet, he’s off to a great start. He’s so well-loved by his people, from the slums of Tondo, to the tea rooms of Binondo. He does not want to waste that chance to deepen his roots, and secure the lifelong support of some very important Filipinos. He recognizes that the country and the world has eyes on Manila, but as he’s said himself, the city needs more than a cosmetic facelift. An investment in social capital, and the strengthening of trust between citizenry and local government – those are the true victories.

Not yet, at least

Yorme seems to be the best man for the job now. His city, his rules, his ground to gain. It might also be everything for him to lose if he makes the wrong move.

If he ever does get elected President, what a story that would be. A boy from the fringes of society, to the highest seat in the land. That stuff is made for the movies.

READ: [The Duterte Effect – What Does It Really Mean?] 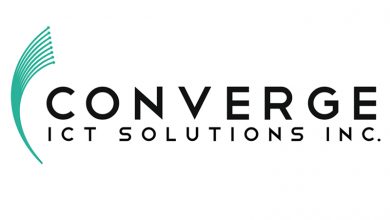 Is Converge ICT the solution to our internet woes? 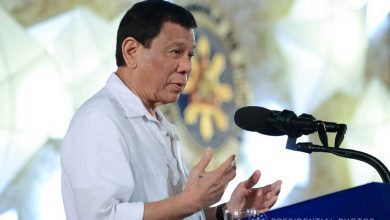